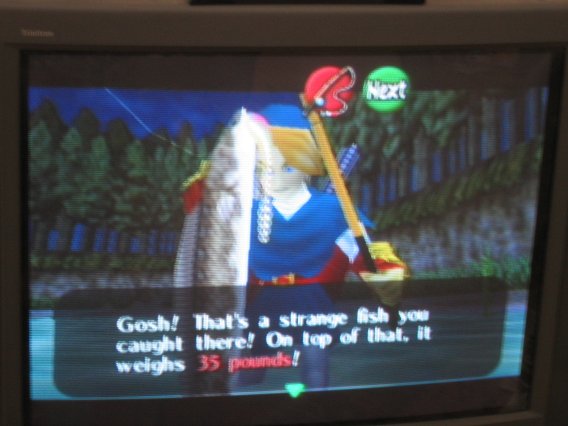 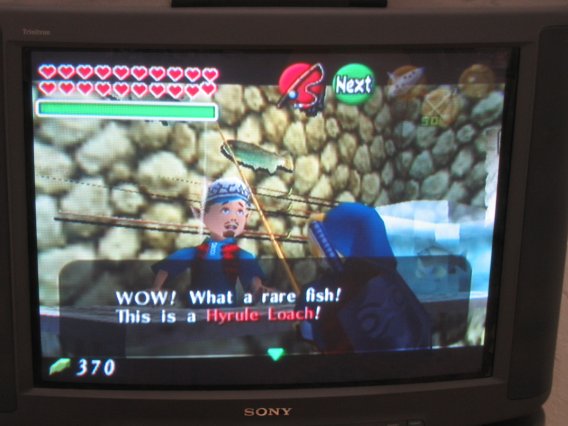 We’re halfway through the traditional end-of-year holidays – no break for me, though, back into work tomorrow. Still, here’s hoping that you all received the games you wanted over the break – and managed to give some gaming love, too. I did my bit, educating my nephew with Super Mario Galaxy for his new Wii :)

I finally Pete-Completed Duke Nukem this week – all secrets, all levels, all Duke-isms. There was one level I wanted to re-visit after having mopped up all the Achievements but, once I restarted it, I became quite aware that I simply didn’t like this game. It’s not fun. The level designs are, for the most part, cheap and full of surprises – the Doom monster closet philosophy. Great sense of humour, though – but that’s not enough to make up for the icky gameplay. Still, it’s been appropriately OC-ed now, so that’s another one off The List – the fifth for the month!

As Duke was wrapped up (and I proudly looked at another 200/200 on MyGamerCard.net) I noticed that the Agoraphobia Expansion Pack had been released for Marble Blast Ultra. Another 200 MS Points to purchase, this doesn’t seem to be as good a deal as the previous Marble Fu Expansion Pack – the new maps are a bit of a pain in the arse, to be honest, but the final Achievement was easy enough to snaffle… once again, MBU doesn’t really trouble The List.

Searching for another XBLA game to work on – and desperately trying to avoid a return to Texas Hold’em (I haven’t built my patience up yet) – I elected to have another look at Braid, just to see what was required for the Speed Run Achievement. Another playthrough reminded me what a stonkingly great game it is, and a peek at some speed-runs on YouTube yielded some great tips… buggered if I know how I finished the game the first time without them! The Speed Run still looks hard-as-nails, though – and the hidden stars look even harder. Long term project, that.

As mentioned before Christmas, I snaffled Suda51’s “latest”, Flower, Sun and Rain. A re-imagining of the 2001 Playstation 2 Japan-only original, it’s… really odd. Essentially a point-and-click adventure, it’s not so much a game as a Groundhog-Day-esque interactive story – you’re never put in a situation that you can’t get out of, so there’s no sense of danger. The writing is fantastic, displaying the darkness of Killer7, the humour of No More Heroes – and there’s plenty of puzzles and collectibles to keep the OC in me happy. Mind you, I’ve already resorted to GameFAQs once – but I felt dirty doing it, especially when I realised that I’d passed over the solution because I didn’t want to think through it, didn’t want to put the effort in. Lesson learned – and the internet will be ignored for the remainder.

FSR has some really odd production values, though – for a 64MB game, there’s some very expansive videos… and horribly angular 3D models. And the controls are thoughtful in places, and fucking annoying in others: the theatrical approach to puzzle solving (when accessing Catherine, your problem-solving computer pal) is brilliant the first time, but horribly button-mashingly infuriating thereafter.

The last bit of action this week saw me resurrect The Legend of Zelda: Ocarina of Time. I’ve already finished this magnificent game, but I’d started an OC-friendly 100% run aeons ago on the Gamecube (with the Collector’s Edition disc that included Zelda, Zelda II, Ocarina, and Majora’s Mask). It’s mostly complete, except for a couple of collectibles – the most galling of which is the Biggest Quiver.

Remember how to get that?

Now, I’ve heard that this was quite doable on the N64, but the sensitivity of the analogue stick on the Gamecube port is insane. Regardless – as an OC Gamer, it’s something I need to complete, so I fired up my old save and gave it another bash. Another 36 bashes, actually. I scored 1080 points of the 1500 required once, but that’s cold comfort – this is going to be a prickly assignment.

Only a few days left before the end of the year, and the inevitable year-in-review post. I’d better get writing… :}

Normally I’m a bit of a humbuggy Scroogey grumpalump come Christmas, but not this year!

…oh – and a happy holidays to all those who bother reading & commenting. This blog is one of my catharses, and there’s a very tangible little thrill every time I see a new comment roll in. Thank you :D